Johnny Manziel warning signs were there at Texas A&M by Collin Wieder
West Virginia Football: Dana Holgorsen needs Skyler Howard to save his job by Collin Wieder
Next1 of 13Prev post
Use your ← → (arrows) to browse 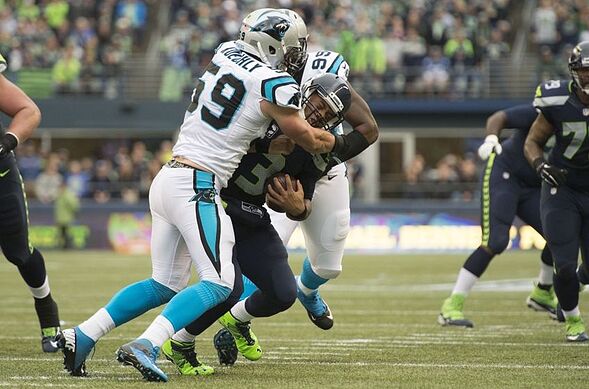 Here is a ranking of the 20 best NFL players from ACC schools, including former NFL Defensive Player of the Year, Luke Kuechly from Boston College.

The ACC is home to some of the best college football teams in the country with the Florida State Seminoles traditionally the team to beat in the conference.

The Clemson Tigers are a recent powerhouse in the conference after the hiring of head coach Dabo Swinney who ended Florida State’s three-year run as conference champions and were the national runners-up after losing to the Alabama Crimson Tide in the National Championship Game.

Both of those schools are going to be the teams to beat as long as Jimbo Fisher is at FSU and Swinney remains at Clemson. They’re NFL factories with both schools leading the way with draft picks in recent years, but they haven’t produced the best NFL players from ACC schools.

The Boston College Eagles have struggled mightily to produce a competent football team in recent years and this year won’t be any better, but the program produced two of the best NFL players in Matt Ryan and former NFL Defensive Player of the Year, Luke Kuechly.

While not as poor as Boston College, the Pittsburgh Panthers have been a middle-of-the-pack team in recent years but that hasn’t stopped them from producing two of the best defensive players in the NFL, including arguably the best defensive tackle and the game’s top cornerback.

Without further ado, here are the 20 best NFL players from ACC schools.

Next: Begin Slideshow
Next1 of 13Prev post
Use your ← → (arrows) to browse
Event Tickets
Powered by StubHub
Top Stories